Discuss the original adventures of the Red Shadows and Action Force!
Post Reply
2 posts • Page 1 of 1

Probably owned by Joe Colquhoun's family and scanned by Moose Harris for the Titan "Charley's War" editions. Went up for auction last August.

The latest ComPal comic auction catalogue and features “Charley’s War” art, a promotional Eagle rarity and much more among some 385 lots in total, including US comics. 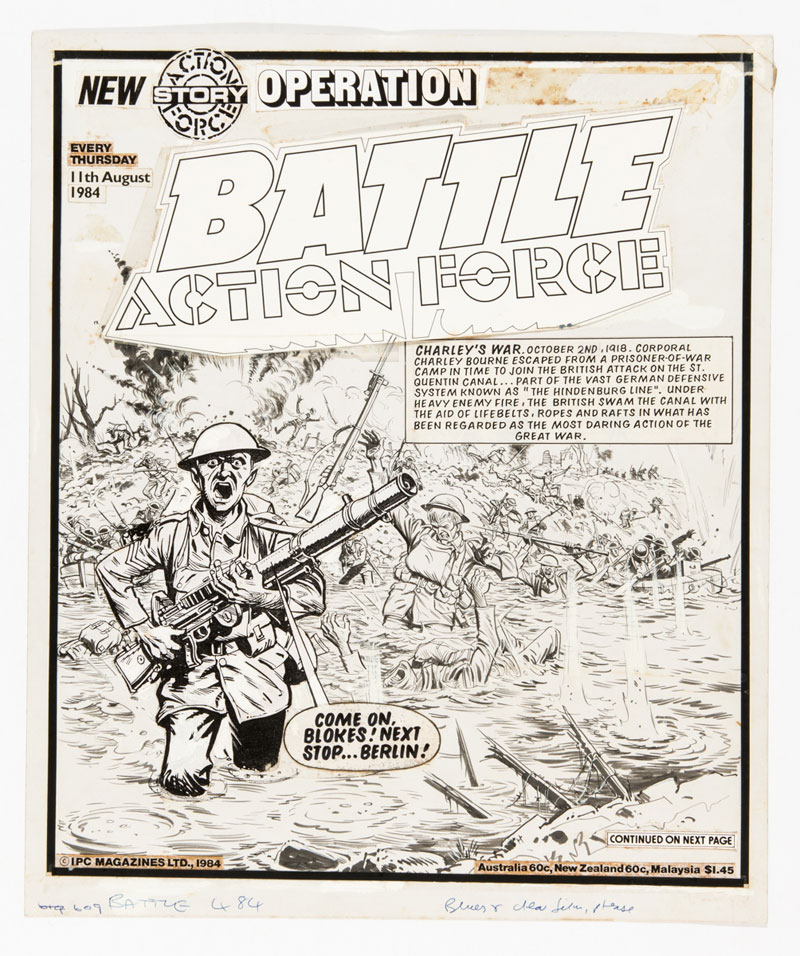 Charley’s War original front cover artwork (1984) by Joe Colquhoun for Battle 484, cover dated 11th August 1984. Dated “October 2nd 1918”, Corporal Charley Bourne has escaped from a POW camp to join the British attack on the St Quentin canal. Under heavy enemy fire the British swam the canal with the aid of lifebelts, ropes and rafts in what has been regarded as the most daring action of the Great War. 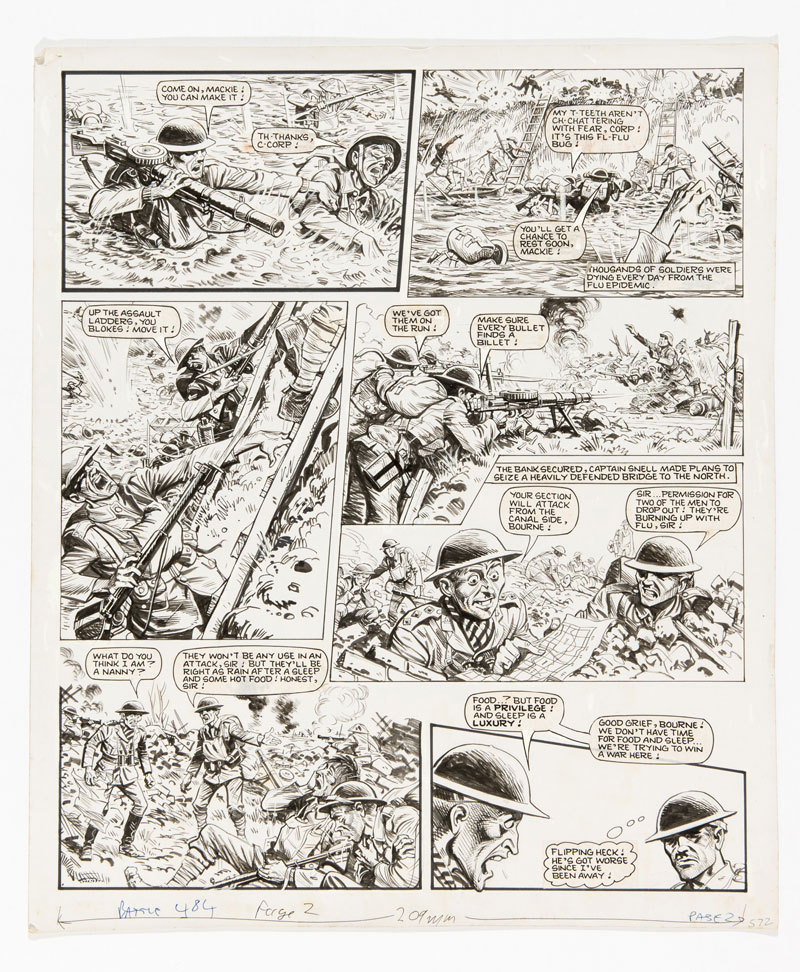 Charley’s War original artwork (1984) by Joe Colquhoun for Battle 484 page 2, cover dated 11th August 1984. Under enemy fire, Charley sets up a machine gun post on the enemy bank but after heavy losses Captain Snell tries to drive them on … This art is signed to the reverse: “Best wishes from Joe Colquhoun” 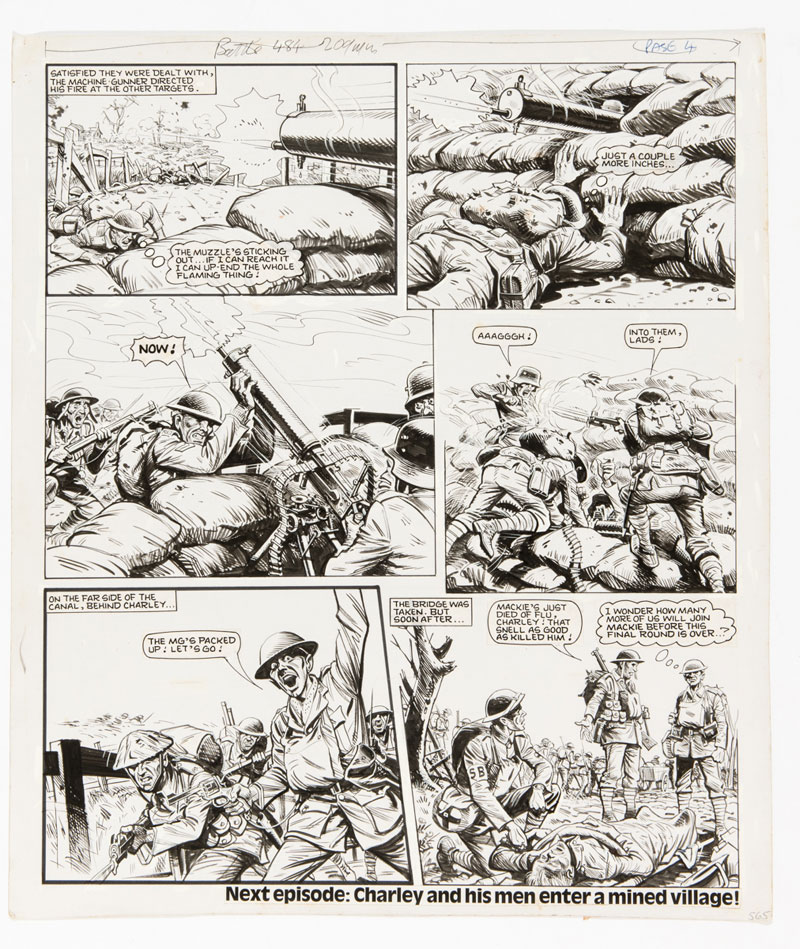 Charley’s War original artwork (1984) by Joe Colquhoun for Battle 484. Charley stalks and captures a German machine gun post and his men take the bridge in the fourth page of this “Charley’s War” episode – but some are dying from influenza.

Smashing.
Let me tell you, Gunner La-De-Dah Graham, the British Army can fight anything! Intimate or not!
Top
Post Reply
2 posts • Page 1 of 1