by The Kraken Wakes
wowsers! 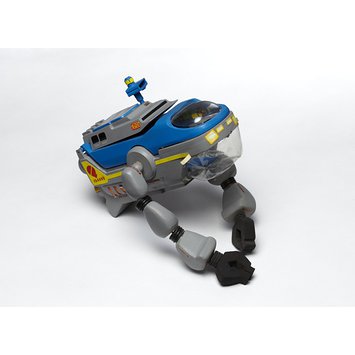 by Quickfire
Danke Schön Herr Tshot! Up until recently there were no images on any of these templates, other data remains consistent.

the V & A list the company as being Air-fix & the manufacturer as Hasbro.

Yeah, since the templates appeared there's been the Airfix + Hasbro tags in place for some items.

But the V&A Palitoy Archive items usually seem to appear without the tags, seemed to be part of the mass Museum of Childhood donation, other items may have slightly different provenance.

some of the descriptions added to the templates subsequent to the addition of images are not written by professionals.

by paul463
V&A coming to Dundee! Wonder if they will bring these with them!!

by Chopper
Fark, awesome is an understatement. Imagine that with a SPACE RANGER.

Once again no picture but from the description I'm guessing

Palitoy issued most of the early Joe's, in one form or another, but the Slugger Canon never made it to these shores..

by Coosbay_pirate
The Musuem is a 15 minute bike ride from me.. I've been before to see the AF and I'm sure the HQ wasn't on display, states it's in case 7 so I'll go take a look this weekend!

by Hopper
Wow.
This is pretty amazing stuff.

But yes, cringeworthy reading - as a lot of the descriptions are way off. I sometimes forget that our is a *ahem* niche interest.
Also, having worked in museums for many years, often the people entering information have absolutely no idea what they are describing - leading to bizarre and amusing descriptions. My own personal favourite - a box of Bronze Age pottery that had the phrase "God Only Knows" written in the 'description of contents' section.

Interestingly, the description of the Base, etc http://collections.vam.ac.uk/item/O4765 ... t-palitoy/ gives a whole pile of information about other props and mock-ups. The museum entry states TV adverts - but surely this was not the case (was there one with an Iranian Embassy?). They sound like the sort of thing used in the toy features in BAF - this sort of thing http://www.bloodforthebaron.com/toys/00 ... index.html or similar.

There is a lot more to see here!

by action-figure-supplies
Interesting. Reading the first part of that description of the base immediately brought this image from the 1984 Action Man annual to mind. Looks like maybe they've transposed 2 descriptions together?